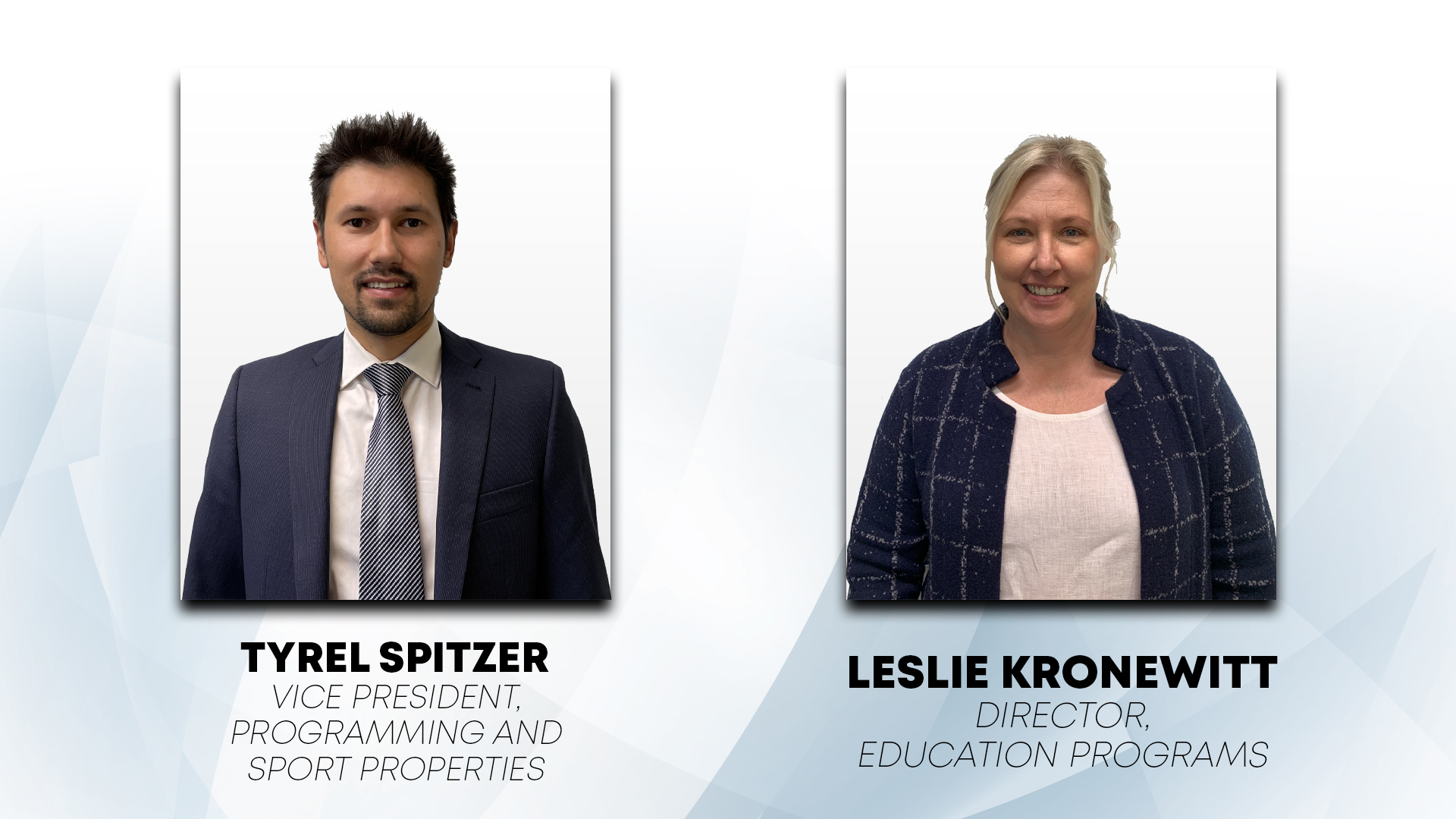 Silent Ice Sports and Entertainment is pleased to announce the addition of two key team members, as the organization continues to expand its sports properties. Joining SISE are Tyrel Spitzer and Leslie Kronewitt.

TYREL SPITZER comes to the organization as Vice President of Programming and Sport Properties, after spending the past six years with the Northern Alberta Xtreme (NAX) program. In his new role, Spitzer will be responsible for leading and managing sports programming and identifying market opportunities for all SISE properties

Spitzer held several roles with NAX, including Head Coach of their first male team (Under-16) in 2015 as well as Head Coach for both their Under-18 (2016) and Under-15 (2017) teams. He then then moved on to be named Director of Hockey Operations, helping mold the infrastructure of the current program. Most recently, Tyrel served as Vice President & Director of Business Development.

Spitzer has been heavily involved in coaching and development since 2004 across Alberta. That involvement spans from the Alberta Major Bantam Hockey League (AMBHL) to the Alberta Midget AAA Hockey League (AMHL) to Head coaching duties with Hockey Alberta’s Alberta Cup Program for the top Bantam players in the province.

Spitzer has also helped create and facilitate the Canadian Crown U15 and U16 tournament events that helped provide exposure for many athletes and teams across Western Canada. He is also the founder of the 4X4 hockey coalition that has provided an added training experience including on-ice and off ice development and competition for some of the top athletes around the area.

LESLIE KRONEWITT will serve as Director of Education Programs for the Saints Pro Hockey Academy and will oversee all academic program services including communication, guidance and coordination between staff, student athletes and parents as well as provide support to other areas of the Academy. She joins Silent Ice Sports & Entertainment after 24 years as an Educator in the Parkland School Division, including 12 years as a teacher, an Inclusive Lead Coordinator, and an Administrator.

Silent Ice Sports & Entertainment President Steven Goertzen says, “Adding Tyrel and Leslie has allowed us to strengthen our programming as our company continues to grow and diversify across all properties. Both Tyrel and Leslie bring valuable experience in their respective areas and will significantly contribute to the continued success of the organization.”